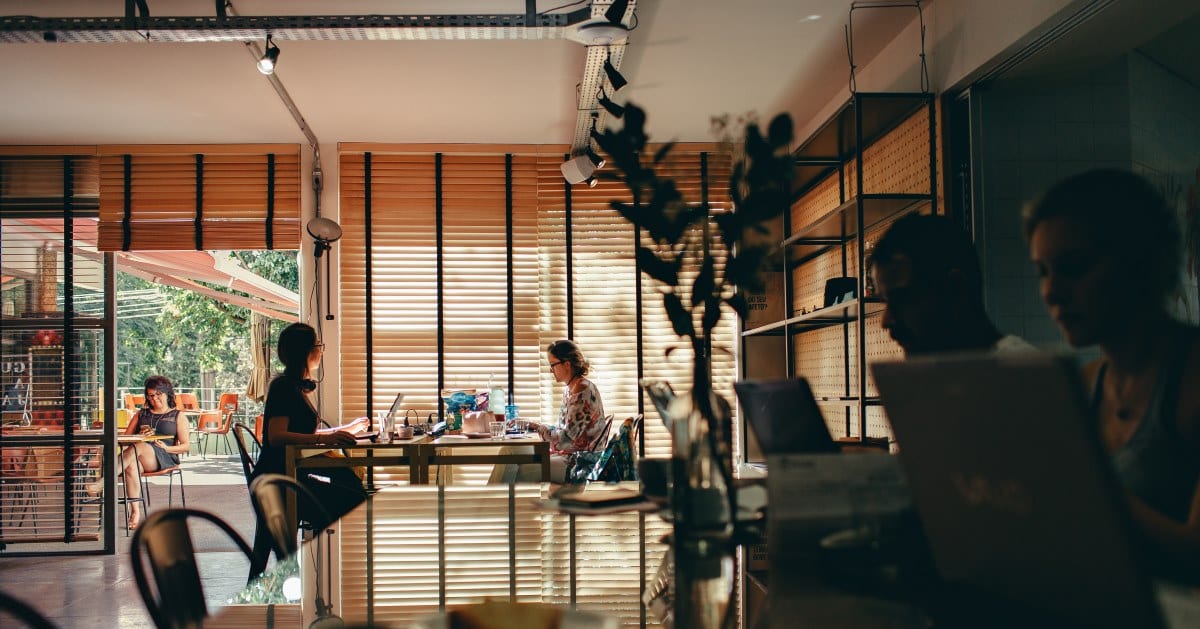 Changing your mindset is a big step towards becoming more productive. There are some simple steps you can take which could make a significant difference.

So, we‘ve looked at the overall problem and some of the major factors that impact our productivity on a daily basis. I’m a great believer in the idea that even just recognising that you could be productive or do things in a more effective manner is a big step in the right direction. Building on that, let’s now get into some more specifics and look at ways in which we can remove the barriers. Changing our mindset is a critical step along the path.

We’ll start at the beginning and look at why we often don’t get started or delay getting stated on something. Let’s get going – there’s no time like the present to address procrastination!

Reasons for procrastination and techniques for getting over it
We all know about momentum and how hard it is to stop something when it’s in full motion and heading down the highway. We also know how hard it can be to get started, how there’s a degree of “sticktion” which makes that first effort that bit harder. Sticktion, the force that resists the initial movement, as opposed to “friction” which is the force which acts when something is moving, ie tyres on a road, or the force stopping your mouse from just effortlessly gliding across your desk. Once something’s moving it’s much easier to keep it moving towards it’s destination. As in physical tasks so in mental, or day to day office tasks.

Getting distracted
But let’s assume that you’ve overcome these excuses and, feeling positive, you decide to have a “quick sort out” before you start the main event, or decide to gather what you need. In your sort out you may come across a document that you realise should have been dealt with some time ago so you think to yourself “ I’ll just get this one thing out of the way now since if I don’t I may forget it again, and then I’ll be good to go for the main task….” Or, in your search through your computer you discover something that catches your eye and you decide to just take a quick look, confident that it will only take a moment, but then something else catches your eye and before you know it you’ve followed various links, interesting though they are, which lead to other links and articles and before long you are well and truly diverted – I think you get the idea.

Soon you’ve spent a good deal of the time that you had allocated to your main task on other activities and at this stage it’s easy to lose the initial drive and enthusiasm, thinking maybe “now where was I…?” and at best have to re-start the initial important activity or more likely than not become somewhat demotivated realising that you’ve just wasted precious minutes, leading to further procrastination. Bottom line is that if you make it hard for yourself to get started, that’s when you will most likely procrastinate. Or, if you’re easily distracted then the same issue arises, eventual lack of motivation and further procrastination. The good news is that it does not have to be this way

Set yourself up for success
The first principle in “setting yourself up” for success is to try to develop the following habit. Any time you finish an activity you get into the habit of setting up so that the next time you start there are no obstacles or “stiction” so that you can crack straight on with the important task. It’s not simply about being tidy, although that may help, it’s more about clearing your work or area at the end of a period ready for the next time. Think of the example of when you are decorating and have just finished painting for the day, you clean your brushes, ready for the next day. If you don’t then at the start of the next day when you start out fresh and enthusiastic you are faced with the task of somehow getting the (now dry) paint off the brushes or replacing them, all activities which you had not planned, do not want to do and lead you to become frustrated and most likely demotivated.

You don’t just need to limit this approach to the work environment. You can apply it to other areas of your life as well. In relationships, don’t leave issues open with people that you work or interact with on a regular basis, close out the issue however hard it is and you’ll avoid a much more difficult situation the next time you meet.

Prepare for the next day by getting enough sleep. This prepares your body and ensures that you have the energy to have a productive day. Apply it to any regular activity, after the current session, take a little time to prepare for the next one. If you do this repeatedly it will become a habit, and a good one!

The 5 Second Rule
Now, it’s not just when our environment isn’t ready or when we’re faced with doing a job without the right tools that we procrastinate. There are times when we know we have to do something but we just “don’t want to” or “don’t feel like it” Usually the thought of the task turns out to be far worse than our experience when we actually do the task but we only realise that once we’ve started it. Also, it’s a hard fact, but we all have to do things that we don’t want to do if we want to progress in any walk of life. How many times have you ended a day thinking I had a list, I knew what should have been done, but I didn’t do it. How did that happen?

Even when there is tremendous pressure on us we sometimes can’t, or rather don’t take action. The reasons we do this are many and varied. It may be as simple as we just do not want to do the task. Or it may be a more complex reason, in that we have so much hanging on the outcome that despite the fact that we may be confident in the outcome we hesitate and procrastinate since we are fearful that we just may not be as successful as we had hoped. If we don’t start then we can’t fail. Simple.

Because of the way our brains work, when our thoughts and feelings are at war, or when there is a contest between what we know we should be doing and what we feel like doing, our feelings are always going to win. If you don’t feel like doing it, you probably won’t do it. We know we should do something, we know that we can do it, but we don’t always do it. Knowing what to do will never be enough. Knowing how to do it will never be enough.

How do we break the cycle?
The best method that I have come across is one that Mel Robins teaches in her book “The 5 Second Rule”. This is not to be confused with the rule about dropping food on the floor and picking it up within 5 seconds – it’s a good one but not the one that we are concerned with here! The 5 second rule that we are interested in works on the principle that you need a method or technique to break the cycle of hesitation. In short, as Mel says in her book, “If you have an impulse to act on a goal, you must physically move within 5 seconds or your brain will kill the idea”
The 5 second rule involves simply counting backwards from 5 when you get an impulse to do something and then take action. The mere act of counting backwards causes an interrupt in your thought process and frees you to take action before the brain can talk you out of it. Sounds trivial but it works.

Now you can apply this to almost any situation or task. Let’s look at a few examples. We talk elsewhere about getting a good night’s sleep. There are quite a few factors which impact your sleep pattens and ability to sleep and the amount of sleep that you get in any one night, but a common one that impacts everyone is the time that you actually get to bed. If you are working on your PC or simply reading or watching TV it’s all too easy to just read or watch a bit more, one more episode of the box set. You probably have the sense that you should go to bed but just a few minutes more won’t hurt. Here the 5 second rule would be applied when you first had the sense that you should go to bed. When you think to yourself, I really should go to bed, simply count backwards – 5 – 4 – 3 – 2 – 1 and get up and go to bed.

Maybe you are in the work environment and you have been struggling to make a decision and it’s stressing you out. You’ve assessed the various options but simply cannot come to a conclusion. Try the 5 second rule, count back from 5 and make a choice. You’ll soon be able to determine from your feelings if it was the correct one. At this stage you may be thinking that this is similar to the Nike slogan “Just do it”, but it’s really not the same. “Just do it” is a great philosophy, but does not help us to take action at a specific time when we need to. It’s more an attitude to take a risk, go for it. The 5 second rule is a tool to help us when we get stuck or know that we need to act but are in danger of not doing so.

PrevPreviousWhat is Productivty?
NextStart the day with an important taskNext 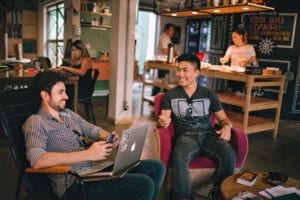 This is the first in a three part series about letting go, delegation, building trust and some tools to help when working with an assistant. 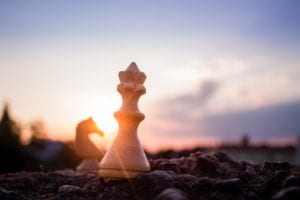 What, When & How to Delegate

In this article I’m going to look at some ways in which you can minimise the chances of falling into the traps of micro-managing and begin to delegate effectively. 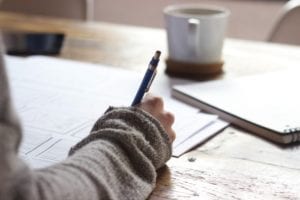 Odds are that none (or not all) of your assistants and/ or support staff will be located in your office or home, so you need tools to help you communicate, exchange and share information and keep each other up to date. 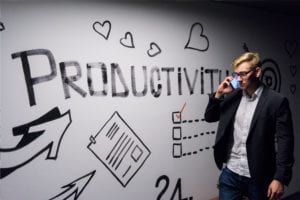 Why do we need to be more productive, and what does that mean exactly? 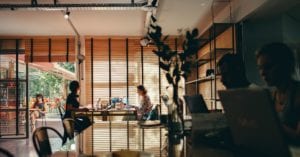 Changing your mindset is a big step towards becoming more productive. There are some simple steps you can take which could make a significant difference. 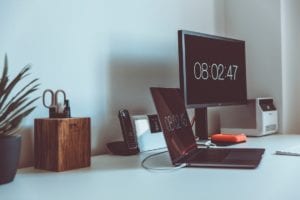 Start the day with an important task

This productivity strategy is straightforward. Do the most important thing first each day. Our energy and awareness is often higher first thing, so we are more likely to be at our best for our most important tasks. 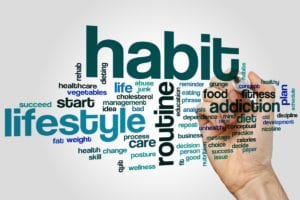 Most of us have habits – good and bad. But did we develop them knowingly or suddenly discover that we had a habit? They can serve us well, if we know how to manage them. Making the good ones stick is key, but not necessarily that easy.

We all get great ideas from time to time or are determined to learn new skills and take courses, but how much do we gain from them and do we actually do anything with what we’ve learned or execute on that great idea? 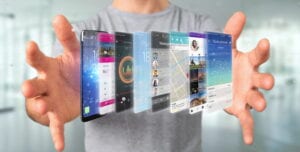